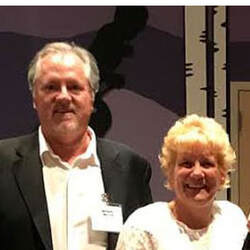 Pastors Tim & Cindy Dudley
Pastor's Tim  & Cindy: have been serving as Senior Pastors of New Life Hurricane since August 20 2017  They our ordained  through Rocky Mountain District Assemblies of God.

Pastor Tim is a Pastor, teacher, by expository teaching through the Bible the whole counsel of God. He is working on his Masters Degree. He has wrote a book called: Suck it up, you can buy his book on Amazon. He has been blessed to lead youth and men's ministries. He has been a bass player on multiple worship teams and a guest speaker at multiple places throughout his Christian walk, including Israel. His hobbies are model trains and writing for train magazines.

​​Pastor Cindy: Is a Pastor, author and evangelistic speaker, an overcomer who inspires and equips women to understand and embrace God's calling on their lives. You can buy her books on Amazon. She has five children, though one passed away at 11 months old; She got saved in a dream on October 22, 1995 where she saw her son and God spoke to her. In 1998, she attended the school of evangelism. She has had many opportunities to preach in different places, including India, Israel, prisons, nursing homes, etc.

Tim & Cindy was married in 1999 in California and they moved to Utah to raise their children in a better environment. In 2016 Tim & Cindy joined Pastors Javier and Ia Jimenez to become Associate Pastors. In Aug 2017 they were sent out to launch New Life Christian Center Hurricane Pac Church and have been there ever since.  After completing the required courses of study and other criteria, Pastors Tim and Cindy, received their credentials as ordained ministers of the Assemblies of God on April 29, 2020. 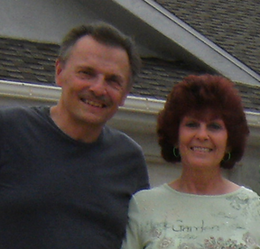 Jeff and Shirley Rosinski
​Jeff is the Associate Pastor, Children's Pastor, part of the worship team, IT manager and loves to teach . Jeff previously served as Children's Pastor at Mountain View Christian Assembly in Sandy, UT., for ten years.  Both he and his wife, Shirley, were saved July 10th, 1975, From 2000-2006, Jeff and Shirley served as "Missionary Associates" with International Media Ministries (IMM), a division of the World Missions of the Assemblies of God, in Brussels, Belgium, and in Madrid, Spain.  In 2006 they returned to Utah where Jeff was invited to become "assistant to the senior pastor" at Mountain View and served in that position until his retirement in January of 2017.  After retiring, they move to a climate with warmer winters; they desired for God to show them His "purpose" for wanting them to move; a change in climate wasn't reason enough. The "purpose" became evident when they visited Hurricane and became aware of a "church plant" (New Life Christian Center in Hurricane, UT).  Their desire is to be like (Aaron and Hur), who held up the hands of Moses, to Pastors Tim and Cindy and see this new work grow into a strong and thriving church as well as a beacon of light and hope to the residents of and visitors to Hurricane, UT.​ 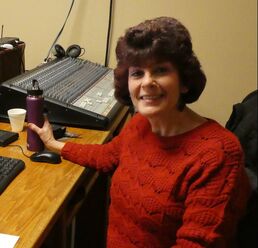 Shirley Rosinski
​Shirley taught Daisies (girl's ministry). She serves as the Bookkeeper and in the Media Ministry at New Life.  She has been married to her husband, Jeff, since June of 1972; they have three children and six grandchildren.  When they became "empty nesters", she enjoyed traveling to many countries with Jeff on his business trips. She enjoyed her flower gardens.  She enjoyed arranging bouquets and giving hundreds of them away to neighbors, women (and a few men) at their church, etc.  She delighted in this ministry of sharing "the fragrance of God's love"!!  While overseas she became much more familiar with computers and the internet while working in the finance department with IMM.  Because of those years, that knowledge now benefits her in the Media Ministry and because she has always loved working with finance/money related tasks, she is thankful for where the LORD has placed her in ministry at New Life as their Bookkeeper. 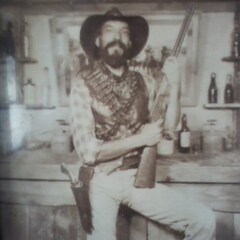 Don Duarte has been serving as the leader of our food ministry for 3 years now and he is passionate about serving the needy people of Hurricane, UT. 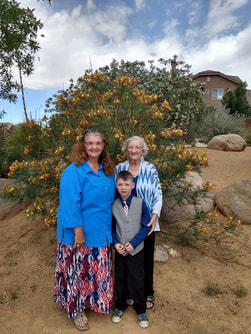 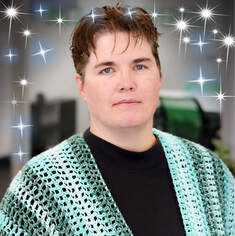